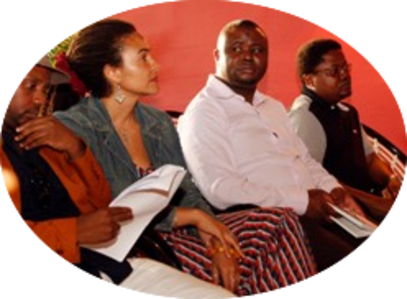 "Discussing the forthcoming US elections with Ayabonga Cawe on Metro FM," 2 November, 2020

Owing to the coronavirus (you may have heard a little something about that), all talks are happening online and are open to anyone.

"Discussing the police killings of George Floyd in the US and Collins Khosa in South Africa with Ayabonga Cawe on Metro FM," 1 June, 2020

A few weeks before the arrival of Covid-19, we published a special issue on borders and                       globalization.  With the global pandemic, border-thinking is on steroids.  Countries, regions

and cities have all rushed to close borders.  The world’s extreme inequities are laid bare.  What           will happen next?

"Does crossing national borders entail less friction than crossing socio-economic boundaries?" at Border Trouble: Moving Through, Between, Within, and Beyond History and Anthropology, Institute of Advanced Legal Studies, London, UK, 19 June, 2019

"Invisible Borders: Cultural Time Zones in Johannesburg and New Delhi," Online version of an art exhibition I curated, click here to see a few of the images, 7 December, 2017

Reading excerpts from {Parenthesis}, a chapbook for charity, to raise money for Mercy Meals & More, a non-profit that supports those in need, Celia's Boutique, New Bedford, Massachusetts, USA, 10 August, 2017

"Women's March on New York City," one of the many marches to protest Donald Trump, his administration, his intolerance... I will not be speaking here.  I will be shouting.  Hope to see you there!  New York City, USA, 21 January, 2017

“Chick Lit and the New South Africa, the New India and Globalising China,” Seminar on Chick Lit in a time of African Cosmopolitanism, WISER, University of the Witwatersrand, Johannesburg, South Africa, 27 October, 2016

“Shopping for Cultural Capital at the Mall in The White Tiger: Cultural Time Zones of the Globalizing City,” University of the Witwatersrand, Johannesburg, South Africa, 6 March, 2015

“What country is this? We Need New Names and the Cultural Time Zones of Uneven Development,” Stellenbosch University, Stellenbosch, South Africa, 2 March, 2015